COVID-19 Update: We are open and serving our clients. Learn More >>>

A drug can be defined as any type of substance that is used for dietary or medical purposes. In the US, drugs are broken down into two categories, legal and illegal. 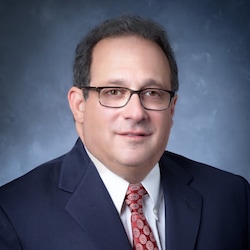 Most people will be familiar with the drugs that the government deems illegal: cocaine, LSD, psychedelic mushrooms, methamphetamine, marijuana, heroin and the "club drugs," such as ecstasy. In addition, certain prescription drugs, while not necessarily illegal, are deemed controlled substances and it is illegal to have them without a prescription. Both state and federal laws prohibit the manufacturing or distribution of illegal drugs and controlled substances. In the event that a person is caught using, selling or making illegal drugs, they can be charged with a drug crime.

Because of the "War on Drugs," both state and federal authorities take drug crimes very seriously. In most cases, prosecutors will aggressively prosecute people involved with drug-related crimes. If you're convicted of one of these crimes, you could be facing many years in prison and hefty financial penalties.

While there are a multitude of drug crimes in New York, perhaps the most common is drug possession, although possession with intent to sell and drug manufacturing are also quite common. While drug possession means that a person has an amount of illegal drugs for personal use, distribution with intent to sell implies that a person has a significant amount of drugs that could be used for profit.

Drug distribution means that the person has a significant amount of drugs that they intend to transport, smuggle or deliver with the intent of making a profit.

Punishments for a Drug Crime

While prosecutors usually go after the harshest sentence they can in drug-related crimes, the nature of the punishment usually takes into account the type of drug in question, where the drug was sold or distributed, whether weapons were used in the transactions and whether the accused has a prior criminal record. For example, a person arrested for having a few ounces of marijuana possession will likely get a lesser sentence than a person caught selling drugs to minors.

As mentioned, punishments will vary according to the particular drug crime committed; however, it's not uncommon for a person busted for a drug crime to be sentenced to prison time, probation, monetary fines, community service and mandatory drug rehabilitation programs. It should be noted that drug crimes are felony crimes, which means that a conviction will stay on your criminal record permanently. This will make it difficult to find a good job, rent an apartment or house and even get a loan.

Drug laws have become much stricter over time. Law enforcement agencies are continually stepping up their efforts to stop drugs from entering the country and to arrest people who are in violation of drug laws. Even people who have legal prescription drugs can run afoul of the law if they sell or give those drugs to others. Because of its large population, New York has a division of the Drug Enforcement Agency right in Long Island to monitor and assist New York law enforcement in the fight against illegal drugs.

Because of the aggressive prosecution relative to drug crimes, and because a drug crime conviction can devastate a person's future, it's essential to retain the services of our experienced New York Drug Crime Lawyer team should you ever find yourself caught up in a drug crime. At Stephen Bilkis & Associates, PLLC, our New York Drug Crime Lawyer team works with clients in defending them in both the state and federal courts. Whether your drug-related crime involves possession, possession with intent to sell, trafficking or conspiracy, our criminal attorneys will aggressively fight to ensure that your legal rights are protected and will work with prosecutors to try for lesser charges.

A drug crime conviction will remain on your criminal record for the rest of your life. In addition to the shame that brings, you may also be facing a variety of other sentences should you be found guilty. These sentences can include:

At Stephen Bilkis & Associates, PLLC, our New York Drug Crime Lawyer staff provides effective defenses for their clients in both the state and federal courts. The knowledge of both court systems is important because while there is some overlap of drug laws, federal courts often hand down harsher sentences, and requires a different approach to defense. Our lawyers' experience in drug-related defenses includes:

Our New York Drug Crime Lawyer team will thoroughly investigate your case. We can get information from police reports, drug tests and eyewitness testimony. Our New York Criminal lawyers will also closely examine the method in which the evidence against you was obtained to determine if your Fourth Amendment rights had been violated. Under the US Constitution, a person is protected against unlawful searches and seizures by the Fourth Amendment. In an effort to crack down on drugs, police officers may overstep their bounds and get evidence without proper warrants. This evidence is inadmissible in court.

Jail time can vary based on the drugs involved, the nature of the crime and whether the defendant has a past criminal record.

To be charged with drug trafficking, a person usually has large amounts of illegal drugs in their possession, an amount deemed more than what an individual would personally use. What is defined by an amount over and above personal use is often a gray area, and our experienced New York Criminal defense attorneys can assist in these areas. Drug trafficking is taken more seriously than simple possession; people are often sentenced to many years in prison for trafficking, which is why it's vital to have our experienced New York Drug Crime Lawyer group working on your defense.

Another type of drug crime that doesn't get a lot of attention is the possession of drug paraphernalia. Drug paraphernalia is defined as a material or device that's used to use, manufacture, measure, package, process or conceal illegal drugs. Drug paraphernalia can be something as seemingly innocent as a scale to a bong or vaporizer. As with other drug-related crimes, possessing drug paraphernalia can result in a wide variety of punishments, but the prosecution must prove that these devices were being used for illegal purposes at the time of the arrest.

If you or a loved one has been arrested for any type of drug-related crime or drug offense, please call our knowledgeable New York Drug Crime Lawyer team at Stephen Bilkis & Associates, PLLC for a consultation. Our lawyers will aggressively defend your legal rights and fight to get your charges and/or sentence reduced or dropped. Please contact Stephen Bilkis & Associates, PLLC at 800.696.9529 or contact one of our New York City offices serving Manhattan, Staten Island, Queens, the Bronx or Brooklyn, or in Westchester County or one of our Long Island offices in Nassau County or Suffolk County.

Some of our lawyers and / or cases and / or clients in whole or in part have been seen on these media outlets.